Let us customize an incredible team-building experience for your group.

Tree to Tree can help you improve and enhance interpersonal bonding, problem-solving, communication, and strategic planning. We facilitate group activities specifically tailored to your company’s needs. You may benefit from a single session or regularly scheduled events. Our corporate team-building programs are designed to identify and improve weaknesses as well as enhance existing strengths. 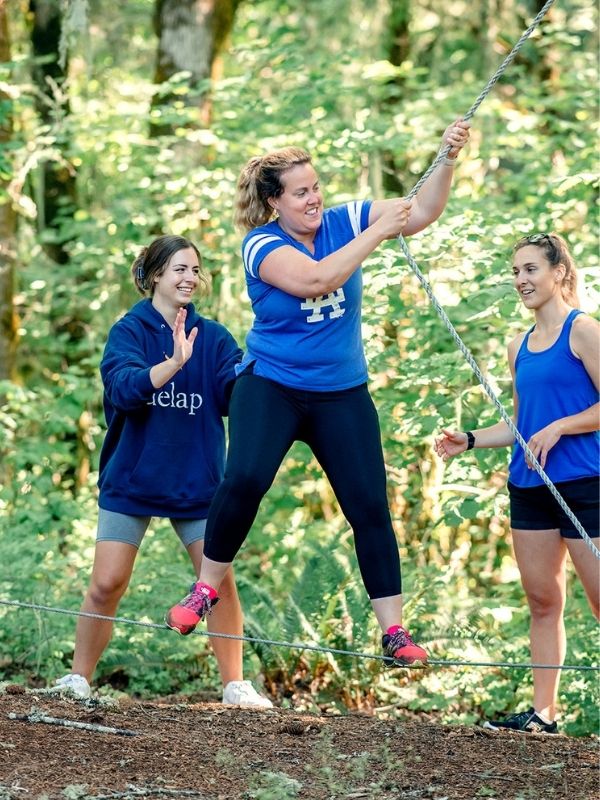 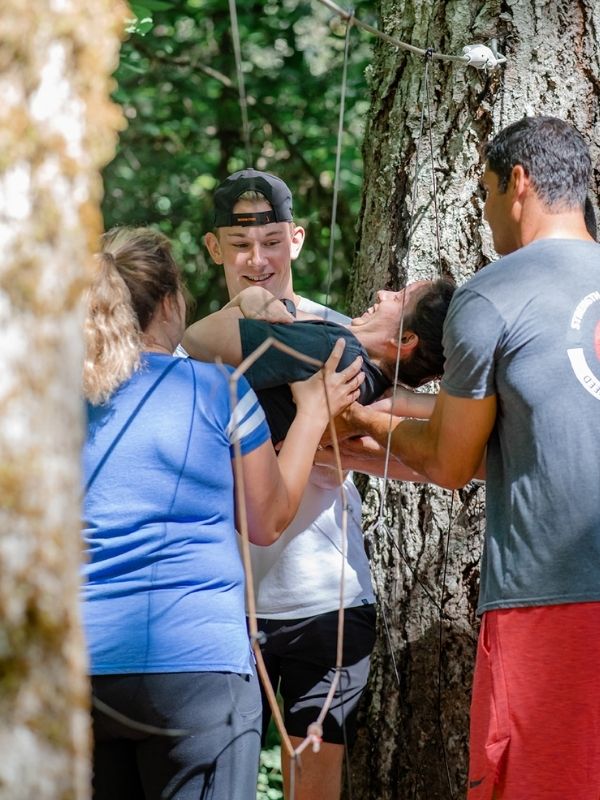 Team building activities enable participants to tap into portions of their brain — those that make teamwork possible — that may otherwise go unused in everyday solitary events. 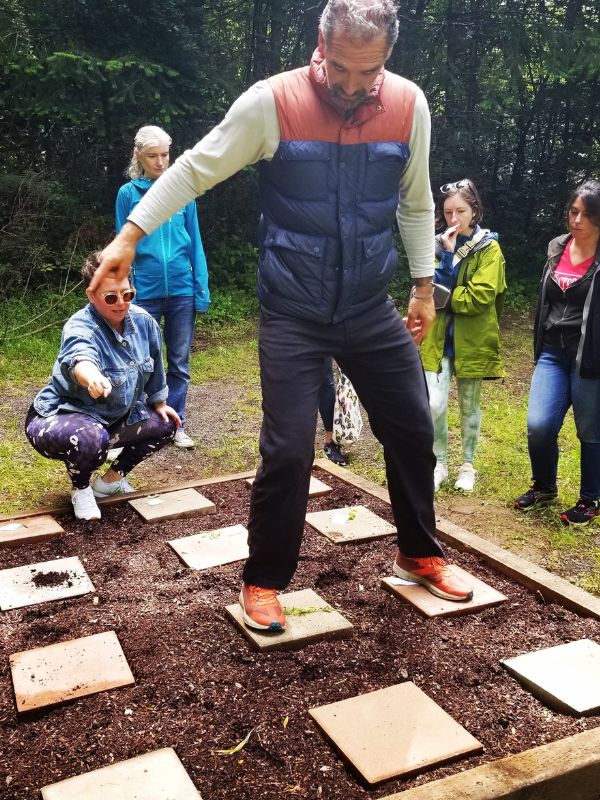 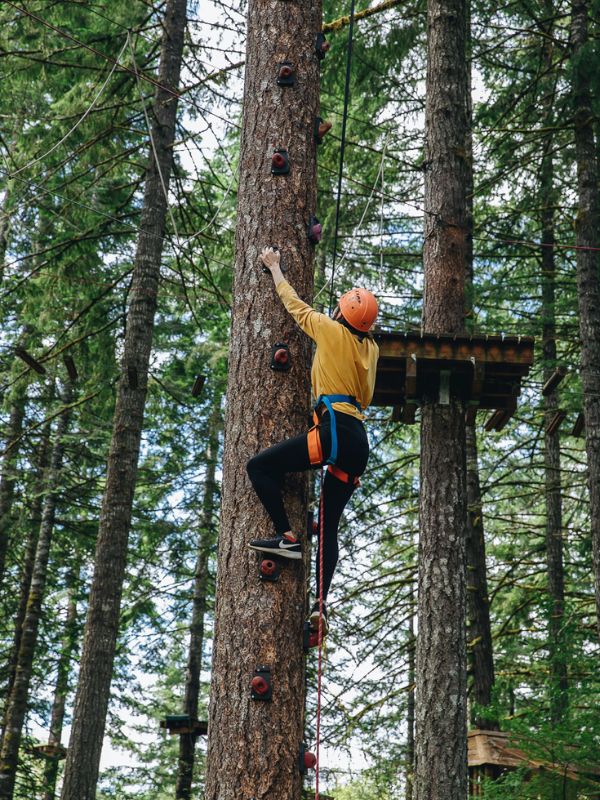 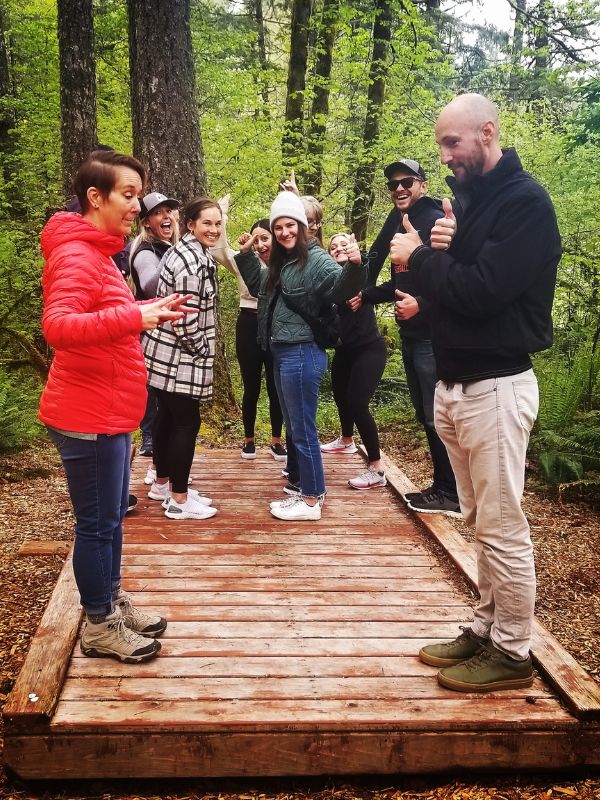 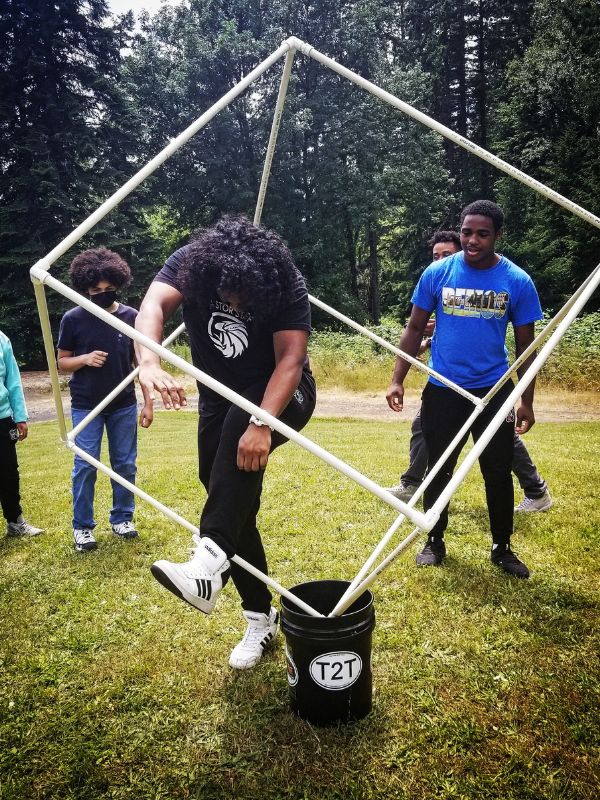 Meet Our Director of Facilitation 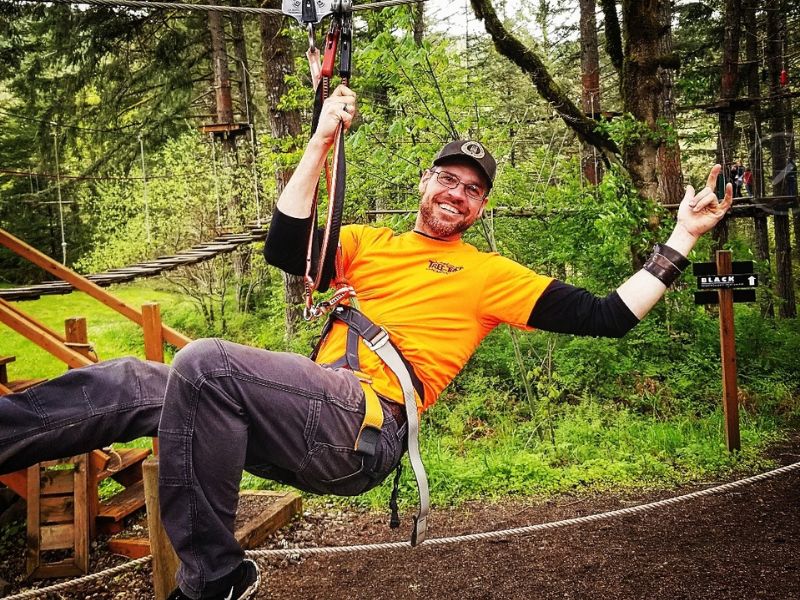 Jason has been involved in the Challenge Course since 1999 and has a passion for facilitating shared experiences that inspire growth and create sincere bonds between people.

He notices a lot of disconnect in the world and is motivated to connect people through experiential education, philosophy, adventure parks, and numerous other team building challenges. Jason hopes to promote sincere interaction through active engagement in an outdoor setting.

Living all his life both in Oregon and Washington, Jason is a genuine child of the Great North West. He developed a passion for working with people while attending the Outdoor Adventure Leadership Program at Mt. Hood Community College. During his mountaineering, rafting, and rock climbing adventures, Jason discovered that he was significantly drawn to the practice of facilitating others through these types of shared experiences.

Since then, Jason earned his B.S. in Health and Physical Education from Southern Oregon University with a minor in philosophy and has continued to learn and grow in the Challenge Course/Adventure Park industry. His skills and knowledge of facilitating a wide range of groups, building zip lines, and training guides have been strongly developed over the years. On his days off, Jason enjoys trail running, dancing, skiing, and outdoor activities with his son, Crosby.
Your team also will learn how exercise and laughing can improve brain function and problem-solving.

leadership and the brain

A full-day workshop designed to help participants reach a higher level of success.

By focusing on the physiology of the brain, your employees or clients can gain valuable insights including:

Your team also will learn how exercise and laughing can improve brain function and problem-solving.

Get started on your next adventure. Fill out our inquiry form today.